When it comes to smart roofing, there is much more available in today’s market beyond solar panel roof technology. While solar roofs have obvious environmental benefits, there are other options out there that offer energy efficiency, but also come with more smart technology integration. Below are some examples of innovative smart roof technologies.

The lowest tech option on the market that is still classified as a “smart” roof is a cool roof. The basic principles of cool roofs is that they reflect more light and absorb less heat than standard roofs. To do this, the roofs are painted a light color and specific materials are used such as metal or specially coated shingles. In order to receive an Energy Star rating, cool roofs must achieve a certain level of solar reflectivity and solar emittance on a scale of 0-1, with 1 being the most optimal. The general rule of thumb is 0.7 or greater for reflectivity and 0.75 or greater for thermal emittance.

Another category of smart roofs are those constructed with smart coatings. For example, a New York based company called United Environment and Energy has created a bio-based thermochromic coating material which is made of cooking oil waste and changes color when a certain temperature is reached, thereby reflecting the light and heat away from it. United Environment and Energy adds that “the use of a renewable and agriculture based coating product will also eliminate the odor and volatile organic compounds emissions associated with traditional roof coating products and generate more economic opportunity for the agricultural sector.”

Using engineered ceramic tiles as a roofing material has also proven to be a smart option similar to the technology used in smart windows. Material scientists at a university in Portugal have developed a ceramic roof tile containing vanadium oxide, a thermochromic substance, which they have combined with tungsten trioxide. This chemical combination blocks infrared light after a temperature of 120 degrees Fahrenheit is reached.

Perhaps the most innovative of smart roof technologies and a higher tech example than roof tiles or smart coatings, is the Swiss “sweating roof”. Developed at ETH Zurich, a science, technology, and engineering research university, the roof uses a temperature-responsive hydrogel which automatically releases stored water as soon as temperature of 90 degrees Fahrenheit is reached. This technology effectively floods the roof using a mat of two PVC and polycarbonate membranes, reducing the amount of heat trapped in the roof for several hours, at which point the water simply evaporates.

As the researchers themselves describe it, “If it rains, the mat soaks up water like a sponge. If the mat becomes warm in the sunshine, it releases water at its surface – it “sweats”. This extracts heat from the building and works in the same way as in us humans: when we perspire, glands in our skin secrete sweat, which gradually evaporates. For a bead of sweat to turn into vapor, it needs energy, which it extracts from the body in the form of heat.” This technology is particularly well-suited to tropical climates or large urban centers that experience a great deal of both annual sunshine as well as rainfall.

Smart roofing is making a come up in the construction industry due to its impact on energy efficiency and sustainability. Implementing these techniques and features is also part of green building because it reduces the environmental impact of the building. Be sure to consider this smart technology on your next project! 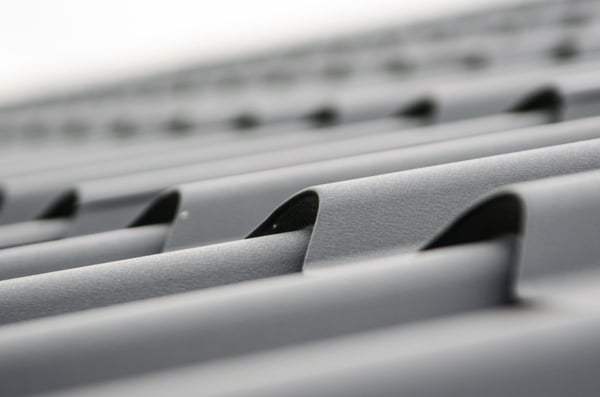