Out of all of the many areas of home construction in which smart technology can be implemented, heating and cooling is arguably one of the easiest, and has the most benefits from a smart implementation. And the smart thermostats available today can easily replace most existing home thermostats with installation usually taking under 30 minutes. Below is an outline of what makes these systems smart as well as a look at some of their benefits.

One of the biggest draws of smart heating and cooling technology is the ability to heat or cool a home’s “zones”, rather than inefficiently consuming energy on unused rooms. For example, a system can be set up to function in the living room during the day, and in the bedrooms at night. While these zones can be controlled by presets for when they turn on and off depending on your schedule, many also have motion sensors so that they can begin to function once someone has entered a room. It is important to note that for this to function, a smart thermostat itself is not enough; it would need to be incorporated into a smart HVAC system which enables zoned cooling and heating.

Another attractive feature of smart temperature systems is the luxury of having complete control. Not only do you have the ability for individual room settings, you can also control the system on a smartphone from virtually anywhere outside your home as long as your at-home thermostat is connected to WiFi. This means you can set the temperature on your way home from work, for example, so that by the time you arrive the temperature is just right.

Some systems, on the other hand, eliminate the need for control entirely. The Nest system for instance, (now Google Nest), senses your routine and a week after installation can be fully automatic. For instance, if in the first week of use you turn up the heat in the mornings, and turn it down at night, the system will memorize this and adapt itself accordingly. And if you leave for work and come home at roughly the same time each day, its sensors will pick this up as well.

Because of how they function, including things like sensors and remote control as mentioned above, smart systems are much more energy efficient than traditional thermostats. Energy efficiency is becoming increasingly important to home buyers, so implementing these systems into your builds also puts you ahead of your competitors as a builder.

According to Barstow & Sons Heating and Cooling, “a lot of the energy used in heating and cooling homes and other buildings is wasted. Leaking ducts, clogged air filters, and inefficient operating schedules can result in hundreds, if not thousands, of dollars in excessive energy bills each year for the average homeowner. Consider all the times you’ve left the air conditioner or heater running while you were away from home. Smart heating and cooling systems put an end to the waste.”

As an investor, implementing smart heating and cooling systems can potentially get you a bigger return on investment. While a simple $200 smart thermostat would not affect the value of a home, implementing it as part of a fully integrated smart HVAC system could. This can include the HVAC system itself, numerous individualized thermostats, and several add-ons available on the market such as temperature sensors in individual rooms. Buyers are increasingly concerned about energy efficiency, and smart heating and cooling systems are an easy way to address this growing market trend. 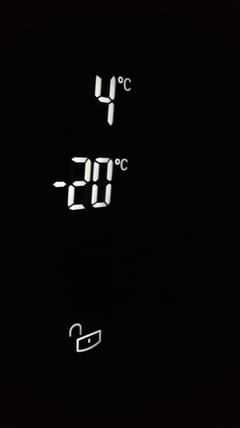