Getting the Most Out of a Rural Build-to-Rent Property

When most people think of real estate investment, they probably picture urban areas and large multi-unit buildings. As a builder or investor, you know that the world of real estate investment is more nuanced than just that, but have you considered rural build-to-rent investments? As escaping cities due to the rising cost of living in urban areas is appealing to many people, investing in rural build to rent properties might be worth considering. Of course, this type of investment comes with its own set of pros and cons unique to it, and below we’ve outlined some of the top considerations.

A big draw for investing in rural areas is that it will almost certainly cost less than in an urban setting. According to Zillow, homes in rural and suburban areas “are valued at $156 per-square-foot and average U.S. urban homes are worth $198 per-square-foot.” Not only are you likely to pay much less in the country, you’ll also definitely get more square footage for your money. Another desirable factor for you, the investor, is that property taxes tend to be lower in most rural areas than urban centers.

The potential for growth and expansion is also a benefit of rural build-to-rents. For example, you can start small, build one or two 2-4 unit dwellings, and if the demand arises, you have the physical space to build more. With regards to that demand, if you’re a savvy investor who has discovered a rural pocket with close proximity to a ski resort, mountain getaway, amusement park, or even near enough to an urban center while still having that bucolic feel, the demand to expand may already be there.

Another plus to rural investing is that there tends to be less tenant turnover than in cities. This not only saves you the hassle of having to fill vacant units - not to mention the financial drawbacks of that - it also means that having the same tenants in place for a longer period likely means they’ll care more about the property. When a dwelling isn’t viewed as a temporary stepping stone as it might be for a student or young professional in the city, it means that that house also has a sense of home for the occupant.

While the cost benefits and growth potential are certainly appealing for rural build to rent investing, the fact remains that compared with urban centers, there tends to be less ongoing demand for rentals in the country. So while you may get lucky and find a tenant with a growing family who might stay there for a decade, finding that dream tenant in the first place may take some time.

Small towns are small towns for a reason. Without tourism, large industries, and the various job sectors common in cities, there is a much smaller, less reliable market for rentals in the country. This doesn’t mean it should be avoided altogether. It simply means that more research may be needed when investing in the country. And there are other ways a smaller market could benefit you. Because small towns tend to be more closely knit with a greater sense of community than in urban areas, making important connections could be easier. Getting to know the realtors of the town, the members of local government, and simply forging relationships with locals can all help you get your rural properties filled. 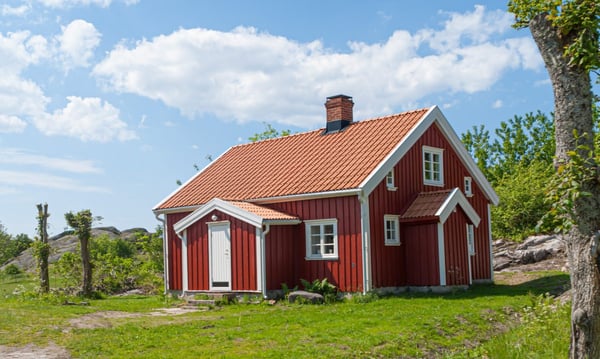